At the beginning of this year, I challenged myself to broaden my horizons and listen to a wider range of music. I wanted to explore new artists, rediscover old classics and get out of my musical comfort zone. Inspired by this challenge to myself, I wanted to start this series on my blog as a time capsule of sorts, keeping track of all the tunes I was listening to at this particular time in my life. Aided by the trusty Discover Weekly and Release Radar playlists on Spotify, this is the soundtrack to my November; new tunes, artists my friends told me to listen to, and old ones I’ve only just discovered.

November began with one of my all time fave Aussie artists, Guy Sebastian, releasing a new single from his upcoming album. Before I Go is the hearty, soulful tune I needed to start the month off right; with gospel-like backing vocals, a beat you want to stomp and clap to, and lyrics that carry a message of determination to not let anyone get the best of you. 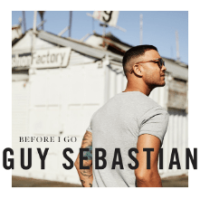 On the same day, my ears were blessed with the sweet, sunflowery vocals of dodie with her single If I’m Being Honest. I stumbled upon dodie (yes, she stylises her name without a capital and it sets me on edge because I’m a stickler for grammar) while I was on a YouTube binge a while ago and I absolutely fell in love with her. You’d think that writing songs about her experience with mental health wouldn’t lend itself to beautiful melodies you want to listen to all day, but she knows exactly what she’s doing and it shows. 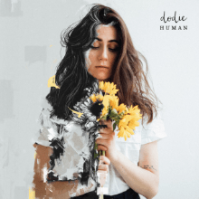 I was scrolling through my camera roll and found videos of the Halsey concert I went to and was reminded of how much I enjoyed Kehlani as her opening act. I know, you’re all probably thinking, ‘You’re only just now discovering how great Kehlani is? Have you been living under a rock!?’, and you would be correct! However, I have crawled out from under said rock and listened to her entire discography and added banger after banger to my regular rotation.

Some other notable new tracks that found their way into my Spotify playlists were Falling by LÉON, High Five by Sigrid, Between You & Me by Betty Who and Bedroom by Liv Dawson. I also came across Noah Cyrus‘ collaboration with Gallant, Mad At You, which was released back in September. I had heard a couple of tracks from Noah and never thought too much of her vocals until I heard her powerful belt on this track. I didn’t know she had that performance in her and I was gladly surprised.

Despite the multitudes of songs I have listened to this month, there were some standouts. With so many being great for different, I’ve decided to seperate them into categories (let me know if you can think of any other categories I should add in the comments!)

In the Feels Award: My Mistake, Gabrielle Aplin

Even though this was only released on Wednesday (Nov 28) I’ve already decided it’s a song I will be listening to far into the future. My Mistake is a poignant and raw look into Gabrielle‘s psyche set to a comforting thrum of piano chords. With lyrics like, “I’m a loser \ and I self-deprecate \ So when I falter \ well at least it was my mistake” it’s hard not to fall in love with Gabrielle’s honesty.

If you want a tune to vibe to so you can break up the upcoming onslaught of Christmas Carols, this is the song for you. Rhett‘s groovy and soulful track is made for sitting by the pool on a hot Summers’ day with a pink lemonade in hand. With keys and a backbeat that will lull you into a glorious daze, Same Ol’ Problems is a song I’m glad I discovered.

Are you truly an Aussie music fan if you don’t love Matt Corby? His newest release, Rainbow Valley, is full of his signature intricate melodic lines and instrumental tracks that are sure to please your ears and your soul. My two favourites off the record would have to be All Fired Up, a gorgeous piano ballad that I could fall asleep to, and Miracle Love, which provides that Matt Corby vocal growl I wish I could liquefy and inject into my veins. 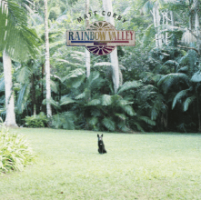 I was first introduced to Billie Eilish by my sister and I am so thankful because she has quickly risen to be one of my favourite vocalists. Her latest release, come out and play, shows how incredible Billie’s vocal control is. A soft and repetitive song such as this can prove difficult in keeping listener’s interest, but the emotion and vocal manipulation she displays throughout is a testament to this young rising star’s talent.

As much as I wasn’t 100% impressed with A Star Is Born (which you can read about here), the soundtrack to this film is incredible and I can’t express how much I love belting the chorus to this song. Shallow is truly a fantastic song and if you haven’t heard it by now, I highly suggest you clear your schedule because once you start listening, you won’t want to stop.

You can check out the full list of November tune here on my Spotify playlist. Feel free to follow it so you can have a sneak peek of what I’m listening to!

What do you think of this series? I really enjoyed writing this and reliving all the songs I’ve been jamming to this month so let me know if you think I should continue doing these. Keep exploring new tracks and artists and I hope this post gave you some new music inspo! xx 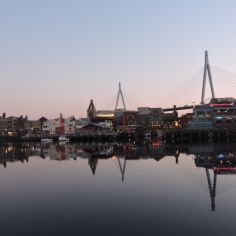