I have always wanted to watch The Oscars. In the past I had never really had the time to sit through a prolonged award ceremony, the exception being my high school academic award presentations which went on FOREVER. This year was different though; I had a day free and decided it was time to indulge in a little Oscars frivolity. So, here are three and a half hours worth of thoughts as I watched the 90th annual Academy Awards:

1.  Okay so what is the deal with this black and white film strip montage, does this happen every time?

2. Ohhh wait the voice over is Jimmy Kimmel, okay, I get it now.

3. Honestly I wouldn’t be surprised if Armie Hammer was born because of a witch’s curse on a Ken Doll that man is SHARP.

4. Back in colour now and look at that staging! It looks like a cave underground that’s made completely out of diamonds I am in awe.

5. Warning the celebs to not get up right away after they hear their name is probably the best shade about last year’s mix-up that I’ve heard.

6. And there it is, the inevitable mention of the sexual harassment in Hollywood topic.

7.  “Oscar is the most beloved and respected man in Hollywood … He keeps his hands where you can see them, never says a rude word and, most importantly, he has no penis”. I agree Jimmy, why can’t there be more men like Oscar?

8. Jimmy’s speech isn’t too over the top and he doesn’t just glaze over the topic either; very nicely done.

9. I am so here for the raucous applause acknowledging Rachel Morrison (the first ever female nominee for cinematography) and Greta Gerwig (the first female director nominee in eight years).

10. Can we just take a moment to appreciate Meryl Streep in that gorgeous red frock!?

11. I’m glad Jimmy used the platform to promote the March for Our Lives campaign too and not just focusing on the sexual harassment issues.

12. As someone who is not prepared for how long this award ceremony is, I reckon giving away a jet ski for the shortest speech is a fantastic idea.

13. Also, can Helen Mirren model every prize on every TV show from now on?

14. I think that is THE pinkest dress I have ever seen in my entire life; Viola Davis is killing it!

15. The Makeup and Hairstyling Oscar went to The Darkest Hour and I am not surprised because turning Gary Oldman into Winston Churchill would have been a challenge and a half.

16. It’s such a shame that people don’t care as much about these minor awards for costume design and editing etc. because these people probably do more work than the actors.

17. MVP of the 90th Oscars goes to the lady reading a book in the audience, what a champ.

I just saw a woman reading a book in the audience and it’s never been clearer to me who I want to become in 20 years. #oscars

19. There’s just something about Mary J. Blige and a gospel choir that makes you raise your hands without even thinking, regardless of whether you want to or not.

20. Okay this movie montage is going for far too long. Maybe we should just cut them shorter and then they wouldn’t have to give away a jet ski. Just a thought …

22. The lady crying while filming their speech is an exact representation of what I look like at a concert.

23. Lupita Nyong’o is an absolute goddess, glasses or no glasses.

24. Kumail Nanjiani does not get enough credit, this man is hilarious.

25. No offense to Coco but the beginning of that rendition of ‘Remember Me’ was so flat.

26. I would happily have Miguel serenade me any day.

27. I feel for the person who has to clean up all that confetti.

28. My goodness, the Actress in a Supporting Role category is filled with so many amazing women, I don’t even know how they could decide.

30. I feel like there should be an extra award for how many names someone mentions in an acceptance speech. Bonus points if both first and last names are included.

31. Kobe Bryant has now won an Oscar … what has this world come to?

32. The acceptance speech from the crew of Coco is so touching I’m gonna cry.

33. This speech about acceptance, representation and deserving to belong is truly beautiful and so inspiring.

THE COCO ACCEPTANCE SPEECH HAS ME UGLY CRYING pic.twitter.com/3Ae80753oX

34. I’ve never watched the Oscars before but I am fairly sure that the mandolin isn’t a very popular instrument of choice for the musical guests.

35. Making lunch during the ad breaks should be an Olympic sport because this is STRESSFUL!

36. Tom Holland trying to say all the winners’ names but getting cut off by applause is giving me flashbacks to every time I told a story but got interrupted by my louder friend.

37. Another one for Dunkirk! They sure are raking it in tonight.

38. I am such a proud Aussie but hearing the violent contrast between our accent and the American accents I’ve heard all night makes me want to cringe so much.

39. Oh my goodness, why would they have cameras on the regular people in the cinema across the road? Having someone watch me during the movies is my worst nightmare.

40. I would probably have a heart attack if I saw one of those actors in front of me, let alone ALL OF THEM.

41. Armie Hammer and Ansel Elgort weilding hot dog cannons is a gift the world never knew they needed until now.

42. All of the other presenters can go home, Tiffany Haddish and Maya Rudolph have stolen the show.

43. Can someone tell me where to apply for the job of leading the winners offstage because I want it.

44. I didn’t think I’d end up crying during this but Rachel Shenton signing her acceptance speech for the six year old lead actress is bringing up all the feels.

45. Andra Day’s voice is a certified POWERHOUSE! Sing it girl!

46. Here we go, I was wondering when there would be a big spiel on the #MeToo movement and sexual harassment.

47. I’m glad they’re playing testimonies from a bunch of different people rather than one person speaking for everyone … intersectionality people!

48. Nicole Kidman’s dress is the bluest blue I have ever seen.

Everyone, please bow down to Nicole Kidman because she maayy have just become best dressed at the #Oscars 😱 The gag! pic.twitter.com/zyNkLKx0YJ

49. Honestly disappointed The Big Sick didn’t win Best Original Screenplay but I’m not mad that it lost to Get Out – definitely a stellar film.

50. It’s so odd seeing Jordan Peele in this context as opposed to comedy.

51. JIMMY FINALLY ADDRESSED THE CRYSTALS AROUND THE SET THANK YOU.

52. Rachel Morrison deserves ALL the applause.

53. Our saviour Zendaya has graced the Oscars stage with her glorious presence, everyone start grovelling.

54. FINALLY IT’S GREATEST SHOWMAN TIME I HAVE BEEN WAITING HOURS FOR THIS KEALA SETTLE PLEASE DON’T DISAPPOINT ME!

55. The girl with the side of her head shaved is so into her drumming, I am living for this.

56. No words can explain my unhealthy obsession with The Greatest Showman.

57. Keala I love this song but hun, the microphone is there for a reason you don’t have to scream into it.

58. What was the point of Jimmy’s costume change?

60. Songwriters don’t get enough credit. A film’s score is so integral to the overall mood and tone. Kudos to all those nominated for Best Original Score and Best Original Song you guys are the MVP’s.

61. Can we just appreciate Emma Stone KILLING IT in a suit!? No dresses for this kickass lady!

62.  “These four men and Greta Gerwig …” OMG EMMA ROAST OF THE CENTURY.

63. I know in my heart that Guillermo del Toro deserved that Oscar but it doesn’t mean I can’t be sad about Greta Gerwig not winning.

64. This better be the last montage we have to sit through because this award show is already too long.

66. Timothée Chalamet is such a sweetpea, oh my goodness look at that smile.

67. Gary Oldman is taking me back to my Harry Potter days …

68. I don’t care if Gary Oldman won this Oscar for his portrayal of Winston Churchill, he will always be Sirius Black to me.

69. I WANT ALL OF THESE AMAZING WOMEN TO WIN, I LOVE THEM ALL!

70. Come on Margot Robbie, bring it home for Aus!

73. I can just tell this speech is going to be amazing.

74. She’s making every female nominee stand up and I am filled with so much joy for all of them #girlpower.

76. I have never heard about Phantom Thread before, where did it even come from?

77. The one thing I hate about award shows is how upset I feel for all these well-deserving people who don’t win.

78. And The Shape of Water gets Best Picture!

79. Guillermo del Toro comes in with that cheeky envelope check.

Guillermo Del Toro checking the envelope to make sure it's really the shape of water is the greatest thing i've seen omg #Oscars pic.twitter.com/VKqdj3rxcu

80. If only I could look as graceful as Helen Mirren does while sitting on a jet ski in a ball gown.

Did any of you end up watching the Oscars this year? What did you think of it? Were you surprised by any winners? Let me know in the comments! xx 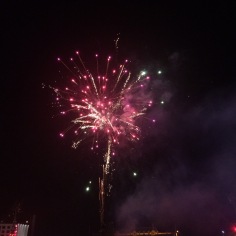 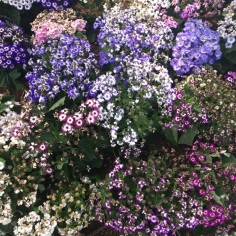 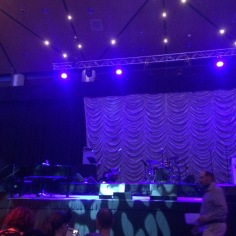 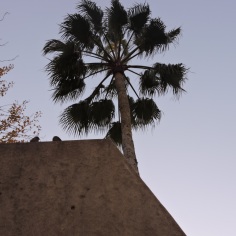